TAKING ON AN AMAZONIAN TASK
No Matter How Remote the Challenge, Volunteer Ministers Seize the Day

Volunteer Ministers bring their unique form of help not only in times of natural disasters that devastate whole countries, but also to the challenges experienced in everyday life.

This is where the Volunteer Ministers Goodwill Tours come in—10 across the globe providing training in VM Technology to locations rural, urban and remote. The Volunteer Ministers give community-wide seminars and one-on-one training in how to improve family life, build and maintain relationships, improve workplace interaction, how to learn (Study technology), helping someone get off drugs, communicate better, and many more subjects.

On this planet, it doesn’t get much more remote than deep in the Amazon Basin that cuts across South America, with indigenous communities dotting its banks. Reaching these tribes requires transport by boat, but not just any boat—a bright yellow Volunteer Minister River Barge brings the yellow-shirted Volunteer Ministers and their helping hands.

Most recently the Volunteer Minister Amazon Extreme Pioneer Tour reached the Yagua people, an indigenous group of about 6,000 who live along the Amazon. When Spaniards first arrived in the area centuries ago and saw from afar the grass skirts worn by Yagua men, they thought they were women and named the river and the region for the Amazon women warriors of Greek mythology.

The motto of the Volunteer Ministers is Something Can Be Done About It, and that means whenever, wherever, in any part of the globe.

Brazil The Amazon Extreme Pioneer Goodwill Tour has reached over 30,000 people with seminars.

Nepal Within the first month of two devastating earthquakes and aftershocks, the VMs helped some 134,000 people.

To contact a Volunteer Minister for one-on-one assistance, to schedule an on-site seminar, to view chapters of the Tools for Life film or sign up for an online course, visit www.volunteerministers.org. In addition to online and on-site training, anyone with a desire to help others, no matter their creed or faith, may enroll at any Church of Scientology for training as a Volunteer Minister.

The Volunteer Ministers are available on call at any time of natural or man-made disaster to help those in need. Donations help support the transport of these VMs across the world and the supply of basic resources vital to life for the victims of disasters such as food, water, tents and medical supplies. 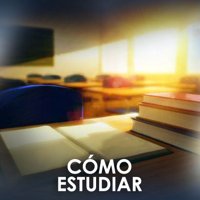